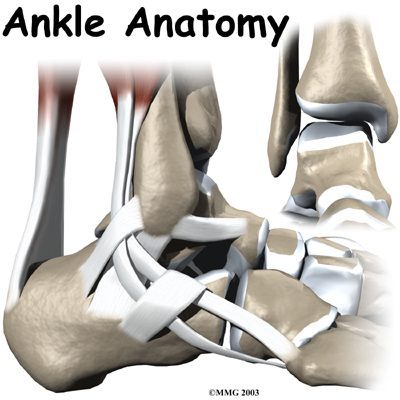 Normal ankle function is needed to walk with a smooth and nearly effortless gait. The muscles, tendons, and ligaments that support the ankle joint work together to propel the body. Conditions that disturb the normal way the ankle works can make it difficult to do your activities without pain or problems.

This guide will help you understand:

The important structures of the ankle can be divided into several categories. These include 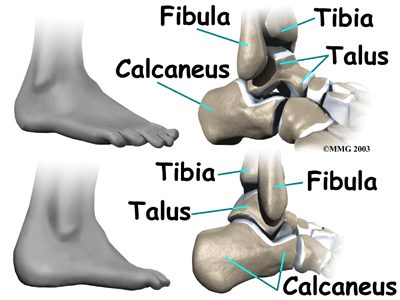 The talus works like a hinge inside the socket to allow your foot to move up (dorsiflexion) and down (plantarflexion). 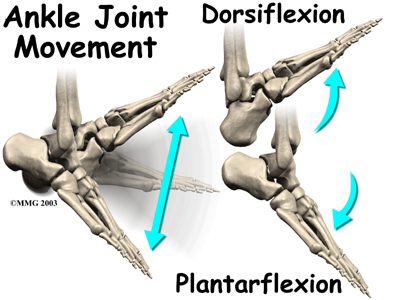 Woodworkers and craftsmen are familiar with the design of the ankle joint. They use a similar construction, called a mortise and tenon, to create stable structures. They routinely use it to make strong and sturdy items, such as furniture and buildings. 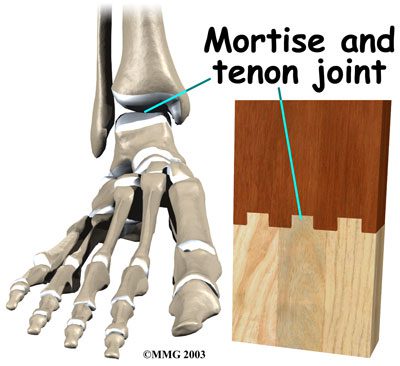 The cartilage lining is about one-quarter of an inch thick in most joints that carry body weight, such as the ankle, hip, or knee. It is soft enough to allow for shock absorption but tough enough to last a lifetime, as long as it is not injured. 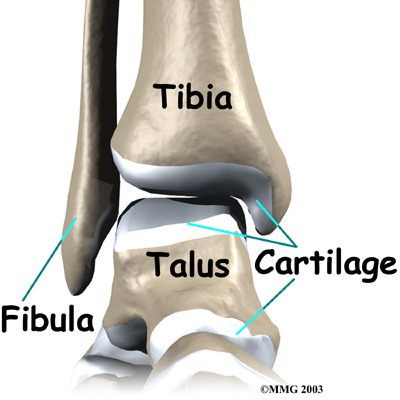 ;Ligaments of the Ankle

Ligaments are the soft tissues that attach bones to bones. Ligaments are very similar to tendons. The difference is that tendons attach muscles to bones. Both of these structures are made up of small fibers of a material called collagen. The collagen fibers are bundled together to form a rope-like structure. Ligaments and tendons come in many different sizes and like rope, are made up of many smaller fibers. Thickness of the ligament or tendon determines its strength. 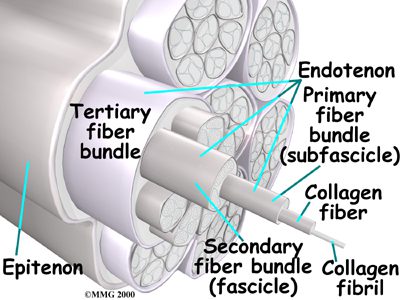 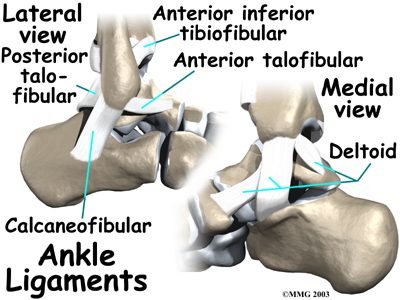 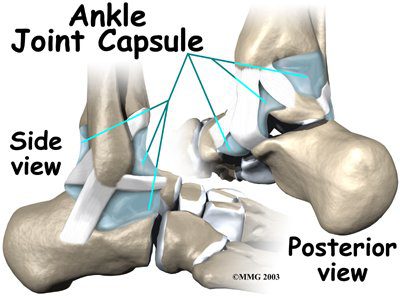 The ankle joint is also supported by nearby tendons. The large Archilles tendon is the most important tendon for walking, running, and jumping. It attaches the calf muscles to the calcaneus (heelbone) and allows us to raise up on our toes. The posterior tibial tendon attatches one of the smaller muscles of the calf to the underside of the foot. This tendon helps support the arch and allows us to turn the foot inward. 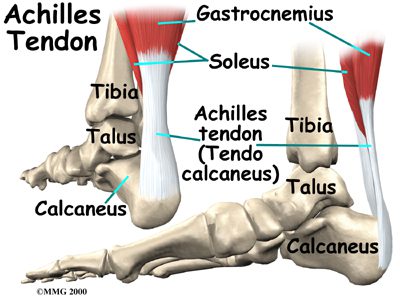 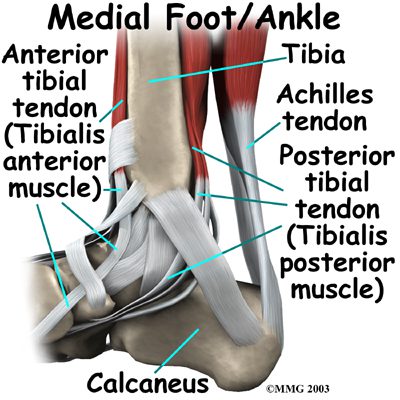 The anterior tibial tendon allows us to raise the foot. Two tendons run behind the outer bump of the ankle (the lateral malleolus). These two tendons, called the peroneals, help turn the foot down and out. 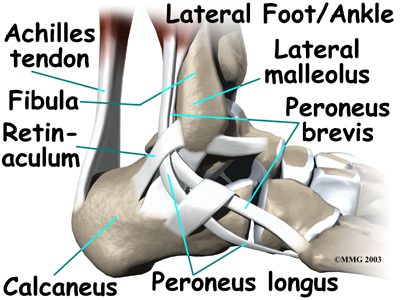 Muscles of the Ankle

The key ankle muscles have been discussed earlier in the section on ligaments and tendons. These muscles and their actions are also listed here.

Nerves of the Ankle 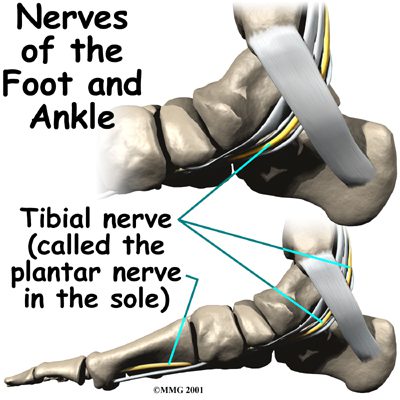 Nerves on Front and Outer Edge

The ankle gets blood from nearby arteries that pass by the ankle on their way to the foot. The dorsalis pedis runs in front of the ankle to the top of the foot. (You can feel your pulse where this artery runs in the middle of the top of the foot.) Another large artery, called the posterior tibial artery, runs behind the medial malleolus. It sends smaller blood vessels to the inside edge of the ankle joint. Other less important arteries entering the foot from other directions also supply blood to the ankle. 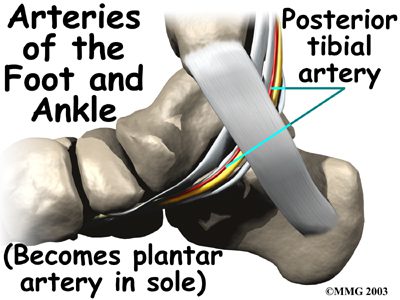 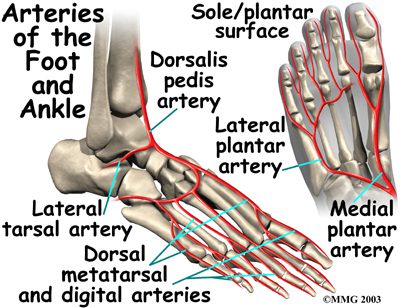 As you can see, the anatomy of the ankle is very complex. When everything works together, the ankle functions correctly. When one part becomes damaged, it can affect every other part of the ankle and foot, leading to problems.